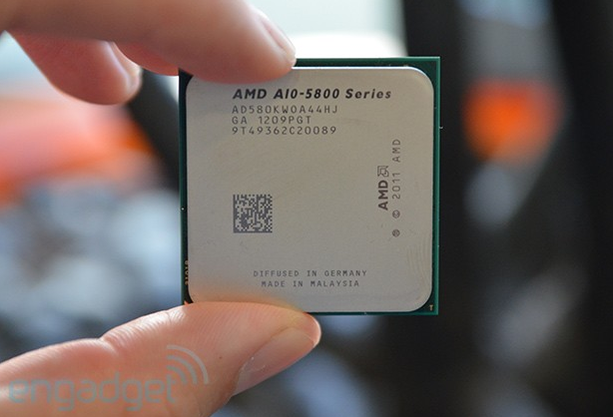 AMD's Trinity APUs have only been in the wild for a few days, but some have already taken on the challenge of pushing the new desktop silicon to its limits. By giving the A10-5800K model 1.956 volts, disabling two of its cores and cooling it with liquid nitrogen, overclockers were able to push the chip to 7.3GHz. Air-cooling and 1.616 volts squeezed out 5.1GHz without sacrificing any cores. If you're a mere mortal who's fresh out of liquid nitrogen (or never had any to begin with), you should be able to comfortably bump CPU performance by roughly 10 percent and GPU speeds by 15 to 17 percent. For the full specs on this particular overclock, hit the source links below.
TG Daily, PC Games Hardware (Tranlsated)
CPU-Z (7.3 GHz), (5.1GHz)